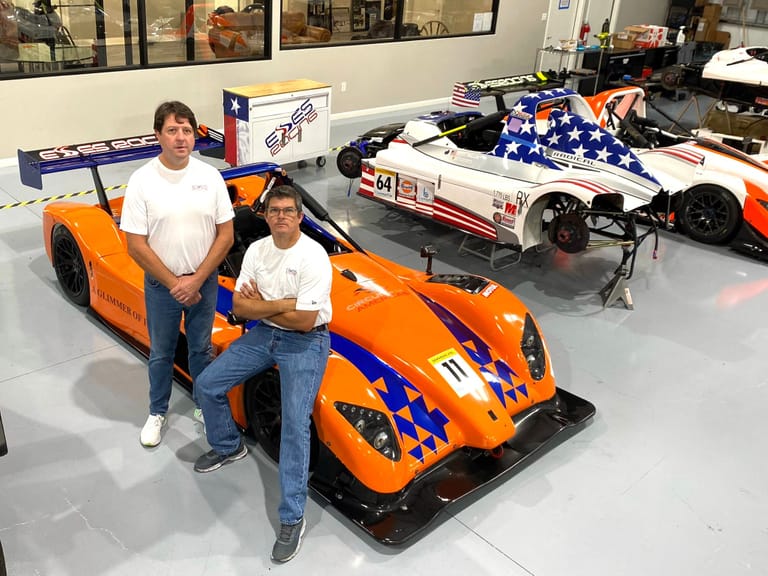 Founded in September 2019 under the Esses Racing banner by Formula 1, IndyCar and IMSA veterans to provide premium racing services to both professional and gentleman drivers on and off the track, Radical Texas had already established itself as the preeminent source of service and support for the majority of Radical’s Texas based customers, along with owners of historic and modern Formula 1, prototype and exotic GT machinery.

Located just 18 minutes from the Circuit of the Americas, home of Formula 1 in the United States, Radical Texas has strong ties to the pinnacle of global motorsport.

Radical Texas’s other four partners also bring a wealth of knowledge to the table. Phil Spano, the outfit’s shop foreman has over 30 years of experience in motorsports from open wheel racing such as IndyCar and Formula Atlantic, to IMSA and even NASCAR modified, while lead driver coach Andres van der Dys has specialized in turning novice karters into pro-racers for over 20 years, and managing partners Judd and Kristina Miller have spent their lives developing highly successful franchises in the health and beauty industry.

From its 15,000 sq ft facility in the greater Austin area, Radical Texas will service the entirety of the ‘Lone Star State’, participating in HPDE track day events, along with SCCA and NASA races, providing a full array of racing services, from track support, driver development, transportation and storage to maintenance, modification and restoration.

“While I have been at the highest level of motorsports for many years, I find the smart, strategic and rapid grown of Esses Racing impressive in today’s Motorsports industry. Our new partnership with Radical Sportscars is an important step for Esses and we are ready to offer new Radical Cars to the numerous track and race-focused drivers in the state of Texas. We have pre-ordered multiple brand new SR3 XXs which should arrive shortly, with at least one SR10 also in the works.”

“The United States is Radical’s most important market and Texas has always had a strong motorsport heritage; we look forward to developing the next generation of Texan racers at fantastic facilities like COTA and MSR Houston. I’d also like to use this opportunity to thank Moorespeed, who played a critical role in cementing Radical in the Texan motor racing landscape over the past few years.”

Esses Racing will compete as Radical Texas for the first time in just under a month at Circuit of the Americas, for Round 4 of the Blue Marble Radical Cup, Oct 23-25, where they are expected to field six cars.

The news follows the recent appointments of Radical New York, Radical New Zealand and Radical Western Australia, which brings the total number of dealers for the English sportscar manufacturer across the globe to 30.