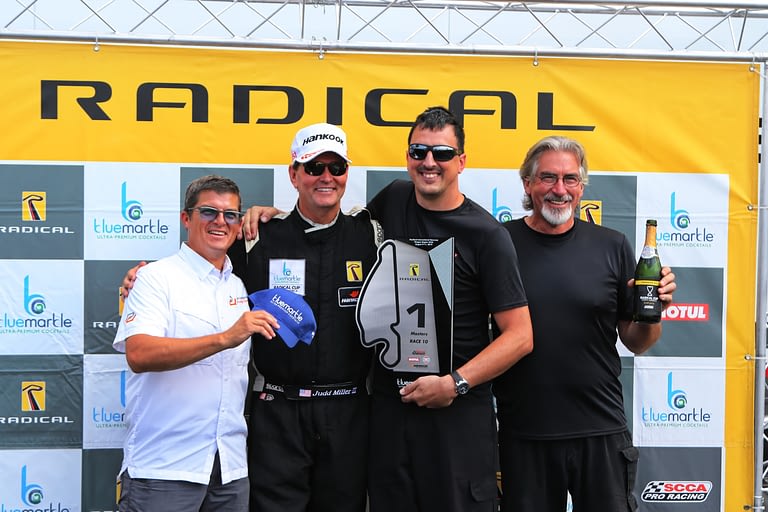 AUSTIN–October 8, 2019–Esses Racing is a race team in Austin, Texas that delivers professional level racing support that caters to amateur and professional drivers, giving them the opportunity to simply arrive and drive.  The new team is backed by 80 years of combined experience with some of racing’s most elite names including van der Dys, Rees and Spano.

“Our service allows customers to live their dream of being a race car driver,” said Judd Miller III, co-owner. “All drivers need to do is just arrive and drive, and Esses Racing will handle the rest. We maintain, modify, and repair our customers’ prized possessions, achieving peak performance and maximum joy. Our services also include track day and race support, vehicle transportation and storage, as well as driver development and coaching.”

Andrés van der Dys, Gareth Rees and Phil Spano round out the stellar owner lineup in addition to financial and franchise guru Miller, who has been racing on the Radical Cup circuit for the past year. 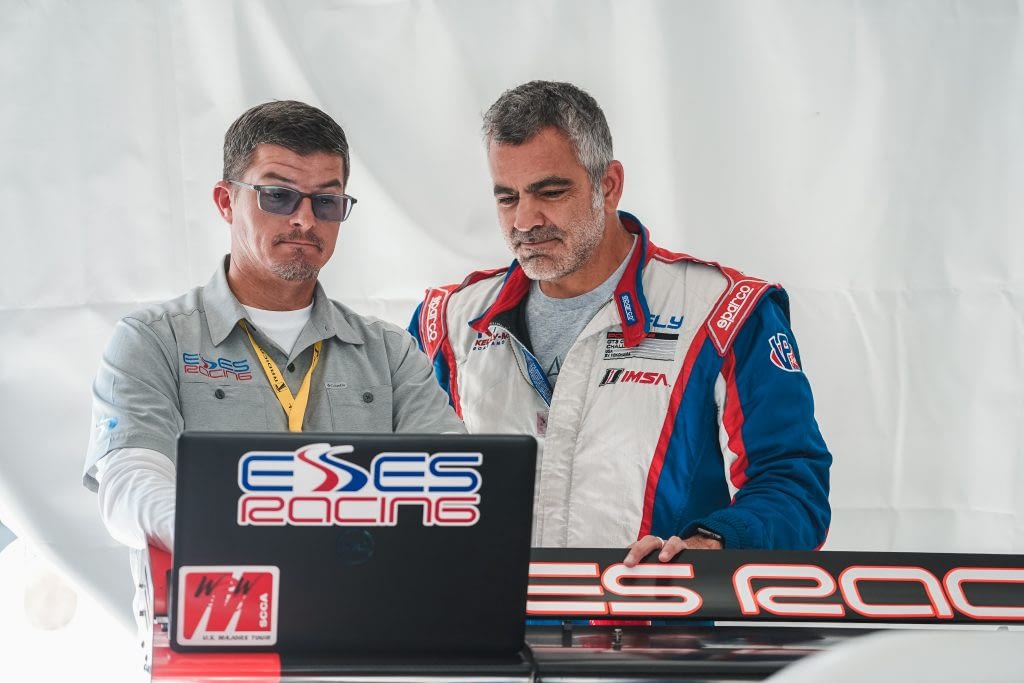 Esses Racing co-founder Andrés van der Dys is one of the most respected driver-coaches in the industry, and serves as the official driving coach for the company. He has more than two decades experience, which includes coaching and managing teams at Porsche, Audi USA, Lotus, MINI Motorsports, BMW, HSR Modern GT, Formula BMW,  HSR Historic Sportscar Racing, Grand-Am, SCCA, and NASA. He offers an array of different options to suit all levels of drivers, from beginners to pro level. His services include pre-event preparation, before the race event support,  on-track coaching via radio or ride-along and lead-follow on the track, as well as data and video review sessions after an event that can guide the driver to meet their goals. Van der Dys has a history of moving young novice drivers from racing Go-Karts to becoming professionals in the industry, but he can successfully coach drivers of all experience levels.

Veterans of Championship Winning Formula One and IndyCar Teams

Rees has worked at the pinnacle of motorsports and offers a huge depth of knowledge covering all aspects of event support and race car servicing, specializing in all electrical and radio systems, both on and off the race track.

Esses Co-Founder Phil Spano has more than 30 years of Indy Car mechanic experience. He owned his own racing team, High Bridge Services, Inc., in the 90s.  Spano is dedicated to driver safety and experience. Phil started on the short tracks of upstate New York. First as a young inspiring driver, then as a mechanic with winning Nascar modified and Imsa Supermodified teams. After completing an automotive technology degree, road racing was next. Sticking with his open wheel roots, formula Fords, F2000’s and Atlantics were the focus, with wins and championships to his team’s credit.

After ending team operations, the next twenty years Phil worked for TWR with the prototypes, American Equipment’s TransAm team, Indycar teams of Patrick Racing, Galles Racing and Cobb Racing. “They were exciting times then, now the excitement is with Esses Racing.”

Started off as friends, became teammates, then partnered to create Esses Racing.

While Judd and Kristina Miller came up with the partnership concept, Phil Spano and Gareth Rees came up with the name, Esses Racing.  Judd’s inspiration came as a result of being tired of dragging his own race car around on weekends in his trailer, doing all of the pit crew work and traveling back from the racetrack exhausted, trying to work on Monday.

“I think the reason I started winning races is because I handed the work over to this great team, so I could just show up and race, and make it back to my day job with some snap left,” said Judd. “Then I said, I bet there are a lot of people out there who wish they could do the same thing.”

Judd and Kristina Miller bring vast business and franchise experience to Esses Racing. They have helped launch numerous companies across the USA including Massage Envy, European Wax Center, Amazing Lash Studio, Full Psycle, Modern Acupuncture, Brisket U, Miller Time Racing and W2W Racing. While they are new to the professional racing industry, they’ve had a love for the sport for decades.

Kristina is the granddaughter of Texas racing legend and war hero, “Smiling” Buddy Rackley. Judd spent his weekends rebuilding engines and working on his cars. In the early 2000s, Judd would haul each of his four toddlers around for rides in his Hennessey Performance modified Viper, and then sold it for something more family friendly. “My parents have worked so hard to provide for us, but rarely did they do anything for themselves. The moment my dad got into racing, it clearly became a shared passion between the two of them”, said Maddie Miller, Judd’s oldest daughter and head of Esses Racing’s marketing.

“We started as teammates, became friends, then partnered to create Esses Racing,” said Miller. “Now we can share our love of going faster with others. I would not have developed so significantly as a driver, nor had as much fun, if it were not for the support and mentorship of my partners over the past year.”

“I very quickly felt comfortable and confident with Andres and Gareth along with JD. I like [Andres’] communication style, and the data feedback was very helpful. I look forward to working with Esses Racing and to continued improvement in my skills. 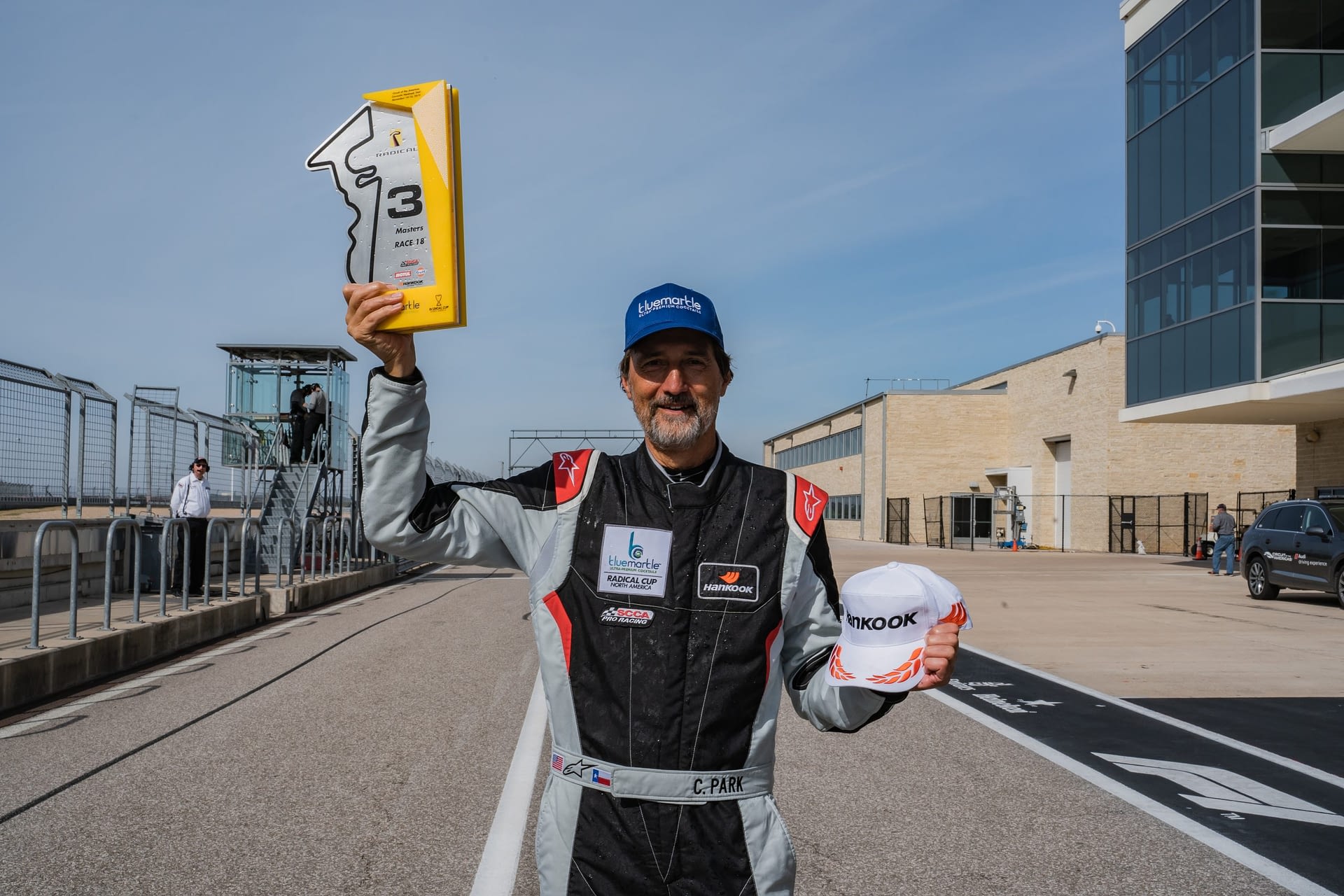 Innovative membership-based track support packages are also offered at four Texas tracks: Circuit of the Americas in Austin, MSR Cresson, MSR Houston, and Eagle’s Canyon, in Decatur, TX. However, the company can support drivers at any US location. Its innovative packages can save drivers up to $33,600.

“Whether you want to just have a good time, or race to the podium, our team can get you there. Esses Racing takes all that work away so you can focus on driving,” said Rees.